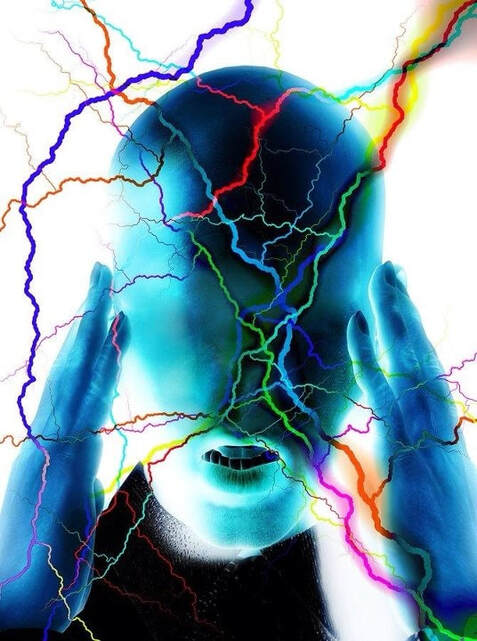 Trigeminal neuralgia treatments, according to the National Institute of Neurological Disorders & Stroke

How is trigeminal neuralgia treated? Treatment options include medicines, surgery, and complementary approaches.

Medications
Anticonvulsant medicines—used to block nerve firing—are generally effective in treating TN1 but often less effective in TN2. These drugs include carbamazepine, oxcarbazepine, topiramate, gabapentin, pregabalin, clonazepam, phenytoin, lamotrigine, and valproic acid.
Tricyclic antidepressants such as amitriptyline or nortriptyline can be used to treat pain. Common analgesics and opioids are not usually helpful in treating the sharp, recurring pain caused by TN1, although some individuals with TN2 do respond to opioids.  Eventually, if medication fails to relieve pain or produces intolerable side effects such as cognitive disturbances, memory loss, excess fatigue, bone marrow suppression, or allergy, then surgical treatment may be indicated. Since TN is a progressive disorder that often becomes resistant to medication over time, individuals often seek surgical treatment.

Surgery
Several neurosurgical procedures are available to treat TN, depending on the nature of the pain; the individual’s preference, physical health, blood pressure, and previous surgeries; presence of multiple sclerosis, and the distribution of trigeminal nerve involvement (particularly when the upper/ophthalmic branch is involved). Some procedures are done on an outpatient basis, while others may involve a more complex operation that is performed under general anesthesia. Some degree of facial numbness is expected after many of these procedures, and TN will often return even if the procedure is initially successful. Depending on the procedure, other surgical risks include hearing loss, balance problems, leaking of the cerebrospinal fluid (the fluid that bathes the brain and spinal cord), infection, anesthesia dolorosa (a combination of surface numbness and deep burning pain), and stroke, although the latter is rare.

A rhizotomy (rhizolysis) is a procedure in which nerve fibers are damaged to block pain. A rhizotomy for TN always causes some degree of sensory loss and facial numbness. Several forms of rhizotomy are available to treat trigeminal neuralgia:
A neurectomy (also called partial nerve section), which involves cutting part of the nerve, may be performed near the entrance point of the nerve at the brain stem during an attempted microvascular decompression if no vessel is found to be pressing on the trigeminal nerve. Neurectomies also may be performed by cutting superficial branches of the trigeminal nerve in the face. When done during microvascular decompression, a neurectomy will cause more long-lasting numbness in the area of the face that is supplied by the nerve or nerve branch that is cut. However, when the operation is performed in the face, the nerve may grow back and in time sensation may return.  With neurectomy, there is risk of creating anesthesia dolorosa.
​
Surgical treatment for TN2 is usually more problematic than for TN1, particularly where vascular compression is not detected in brain imaging prior to a proposed procedure. Many neurosurgeons advise against the use of MVD or rhizotomy in individuals for whom TN2 symptoms predominate over TN1, unless vascular compression has been confirmed. MVD for TN2 is also less successful than for TN1.

Complementary approaches
Some individuals manage trigeminal neuralgia using complementary techniques, usually in combination with drug treatment. These therapies offer varying degrees of success. Some people find that low-impact exercise, yoga, creative visualization, aroma therapy, or meditation may be useful in promoting well-being. Other options include acupuncture, upper cervical chiropractic, biofeedback, vitamin therapy, and nutritional therapy. Some people report modest pain relief after injections of botulinum toxin to block activity of sensory nerves.
Chronic pain from TN is frequently very isolating and depressing for the individual. Conversely, depression and sleep disturbance may render individuals more vulnerable to pain and suffering. Some individuals benefit from supportive counseling or therapy by a psychiatrist or psychologist. However, there is no evidence that TN is psychogenic in origin or caused by depression, and persons with TN require effective medical or surgical treatment for their pain.
​
Here are a few links:
Disclaimer:
All information contained on TNNME web site is for informational purposes only and at no time should any content on TNNME be considered medical or legal advice or imply any action should be taken..  It is in no way intended to be used as a replacement for professional medical treatment.   TNNME makes no claims as to the scientific/clinical validity of the information on this site OR to that of the information linked to and from this site.  All information taken from the internet should be discussed with a medical professional! ​