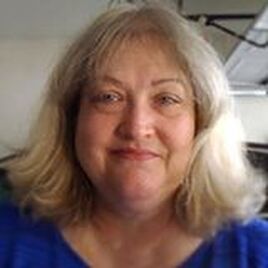 My story begins with a supposed toothache 4-27-12. The pain wasn't too bad, more an achy type tooth but I couldn't figure out which tooth...it seemed to move around between a few teeth on the bottom of the left side of my face.
I don't have dental insurance and I am on Social Security Disability for heart and blood clotting issues so I was just treating it with Ibuprofen. Then came my 1st true Trigeminal Neuralgia attack.

It felt like my face was hooked up to a car battery and was burning and electrocuting me. My son took me to the ER and I was literally writhing on the bed. They thought that it was heart related since I have a bad heart but it didn't feel like that to me.
The ER doctor thought that injecting Lidocaine through my mouth into the joint area at the side of my mouth would deaden everything and i would be better but it didn't work.

​My Cardiologist was called in and they still thought that it was my heart but that's only because the pain was so severe that my blood pressure was elevated along with my pulse and my EKG was off due to my suffering. I was given Morphine IV along with Phenergan for the vomiting and was supposed to be admitted to the hospital but the nurse who came on duty didn't think it necessary to give me the Morphine so I left and went home.

I had no idea what was happening to me. The attacks were coming more frequently and severely. I would lay in bed crying and praying. I had Norco for another medical condition and that didn't even touch the pain. I tried alcohol...lots of alcohol and I don't even drink.
I still didn't know what was happening but on 6-29-12 I had the worst attack yet and we went back to the ER, different hospital this time. After ruling out my heart the ER doctor told me that he believed that I had Trigeminal Neuralgia and prescribed Neurontin and told me to see a Neurosurgeon.

There was a name to my pain!! I looked it up online and didn't feel to optimistic about my future but I made the appointment with the Neurosurgeon, one that has lots of experience treating TN. On my first visit he definitely confirmed TN but still needed a MRI to check for tumors and things such as that. After the MRI didn't show anything and I had maxed out on Neurontin, can't take Tegretol due to it's interference with one of my heart drugs, the surgeon recommended MVD.


I was in so much pain that I didn't care what they did...just do something!.
I had my MVD 8-2-12. I had a vessel rubbing against the nerve so he put a little Teflon pad between them to stop the pain. I spent 5 days in ICU and when I got home I became so sick. I vomited for 2 days, couldn't hold down anything. Now, vomiting after brain surgery is NOT fun. I stayed in bed for 3 days...not eating, not taking my meds, not doing anything. Finally I came out of the bedroom and was so overstimulated by everything! I couldn't follow TV shows, couldn't read my books, couldn't do anything but sit there in my recliner. I felt like I had fuzz all in my head. I know that my IQ had dropped 40 points. I felt that my life my over.

A few days later my pain returned and after talking to my Neurosurgeon he wanted to go back in and do some more work. So on 10-18-12 he went back in there and worked some more to get all of the vessels away from the nerves. I woke up from this surgery feeling as if he cleared the fuzz out of my head! Wonderful! But, I encountered a few problems. I couldn't swallow solid food for over a week due to a swollen nerve that controls swallowing and I suffered from urinary incontinence for about a week too.


Both problems resolved and I felt that I was healing nicely. I wasn't having any TN attacks so I thought that maybe, just maybe it worked this time. But it didn't. The pain came back. Not as severe as before the surgeries but nonetheless, it came back. I feel that the MVD's helped me about 30% and I am grateful for that 30%.

But my nightmares weren't over. I suffered a stroke in November 2012 and a very bad TIA in January of 2013. I was angry and upset that the surgery didn't work but the Neurosurgeon said that you have to wait 1 year to know if it worked or failed. Well, it failed. I started seeing a pain management doctor who really has helped me a lot with medications.

I am at the 1 1/2 year mark since my last MVD and my life has changed so drastically. My memory is shot, I have 24/7 pain it just varies in intensity, and I can't do near the things that I used to could do either from lack of energy due to the side effects of the meds or because I am afraid that something will trigger an attack.
​
Luckily I have a wonderful support system, my husband Terry, my adult kids Paul, Todd and Katie and my Mom. Also I have the wonderful support of my online support groups. I wouldn't be here if it weren't for the support and understanding that I receive. I truly mean that...suicide was a thought in the beginning of this nightmare and between the 2 surgeries.


I am on antidepressants now but I still get angry, sad, and wonder what my future holds for. I sometimes feel worthless, well who wouldn't? I can't clean and cook the was I used to, can't do much of anything outside of my home but I keep putting one foot in front of the other hoping that today might be a good day.