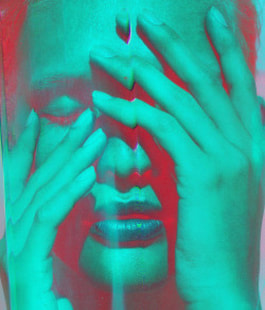 Brooke and I purposely waited weeks to see The Force Awakens, letting the ravenous crowds to
die down. I wasn’t about to walk out of the movie theatre like a walking zombie like I did after
Transformers 3. I hatched a plan that was similar to what I attempted with Iron Man 3 and Star
Trek into Darkness.

I took a migraine pill and wore earplugs, even wore sunglasses. Theoretically the plan was good,
but it was a near failure. I jumped every time there was an explosion or obnoxious boom. I was
nauseous towards the end of the movie, I survived, but barely. Thank God we ate right afterwards,
it soothed my simmering trigeminal nerve.

Learning from my near epic failure, I tweaked things. I took an Excedrin Migraine pill two hours
before the movie started. I took a second after we walked into the movie theatre lobby. I put ear
plugs into my tender ears after I took my seat. I put a pair of sunglasses on to get me safely past
the overstimulating previews.

I survived Star Wars, I did jump once, but so did everyone else in attendance. I liked it, it wasn’t
perfect. I don’t understand why or how the generals were so young or other stuff that transpired.

However, the movie was superior to the disappointing prequels.
Being that I survived the movie, Brooke and I went shopping afterwards despite the oncoming
cold front. I donned my ski cap, covering my mutinous trigeminal nerve and smiled. I was feeling
great, the memories of the abysmal Episodes I and II were repressed; I was ready to take on the
world!

We were inside the local supermarket, in the frozen food section. We were getting some frozen
blueberries to help control my TN pain when a gnarly looking guy walked in on the scene. We
didn’t pay much attention as we looked at the frozen fruit. We heard a dull thud and looked over at
him. “I dropped my pudding!” he exclaimed as he knelt down and picked up the item he dropped.
The man looked puzzled as he stood; he looked around, “Hey, where did they go?” Brooke and I
paid no more attention as we put the blueberries into the cart.

Seconds later he walked past us and suddenly let out a 64,000 decibel whistle of pure agony. My
hazel eyes exploded, my knees buckled, I tilted my head and I closed my eyes as I held the
shopping cart for support. I leaned on it before he let out another ear splitting whistle. I
involuntarily jerked my pulsating head as he did so; I kept my eyes closed and held my aching ear
as I rested my abdomen against the shopping cart.

The boisterous man yelled someone’s name and fiercely whistled one last time. It felt like Darth
Vader’s troubled grandson was having one of his notorious temper tantrums, plunging his light
sabre into my ear canal. I stood motionless as I vainly visualized the pain leaving my aching ear.

Brooke placed her soft hand on my shoulder and gently squeezed, “Are you alright luv?”
“I’m fine,” I opened my eyes and told the lie that most of us tell.
My fiery wife would have nothing of it. She knew I was lying. “Rubbish.”

Middle name, that's all I need to hear.  I was in big trouble if I continued to my current course of exaggeratin the truth.  I nodded my head and replied, "I got a front row seat to the latest Hollywood Blockbuster that I'm starring in."

"Blockbuster? Luv, what are you talking about?" she asked incredulously.