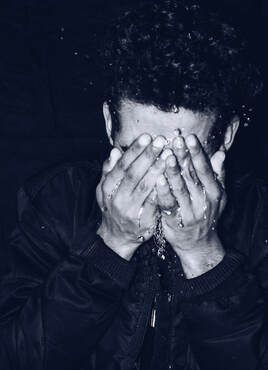 I want to thank my dear friend and Sister Nikkie Samuel for all her hard work on gathering and researching the below information even through her pain she prevailed. 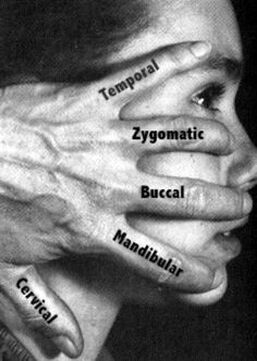 ​   The correct diagnosis of an individual facial pain matters, because the possible effectiveness of treatments will vary depending on the nature of the pain. However, a diagnosis is difficult to get and can often take several years. There is the complex range of facial pain disorders that are often mistakenly diagnosed. It is also important to add that to prevent further damage to the nerve it is essential to get a diagnosis as soon as possible.

A less common form of the disorder called Trigeminal Neuralgia - Type 2 (used to be Atypical Trigeminal Neuralgia) may have some of the characteristics of TN Type 1 - sharp jolts and trigger points, but also some symptoms that are not common to Type 1 - constant, aching, stabbing, burning pain in addition to the jolts. This is referred to as TN 2 or Atypical TN (ATN).

Secondary or Tumor Related Trigeminal Neuralgia is pain caused by a lesion, such as a tumor and is referred to as Secondary Trigeminal Neuralgia. A tumor that severely compresses or distorts the nerve may cause facial numbness, weakness of chewing muscles, and/or constant aching pain.

Trigeminal Neuropathy or Post-Traumatic Trigeminal Neuralgia is when there is an injury to the nerve causing severe pain. Trigeminal Neuropathy or Post-Traumatic TN may develop following cranio- facial trauma (such as from a car accident), dental trauma, sinus trauma, or most commonly following destructive procedures used for treatments of TN. Following TN injury, numbness may become associated with bothersome sensations or pain, sometimes called phantom pain or deafferentation pain. These conditions are caused by irreparable damage to the trigeminal nerve and secondary hyperactivity of the trigeminal nerve nucleus. The pain of trigeminal neuropathy or post-traumatic TN is usually constant, aching or burning, but may be worsened by exposure to triggers such as the wind and cold. Deafferentation pain can start immediately or days to years following injury to the trigeminal nerve. In the most extreme form, called Anesthesia Dolorosa (AD), there is continuous severe pain in areas of complete numbness. 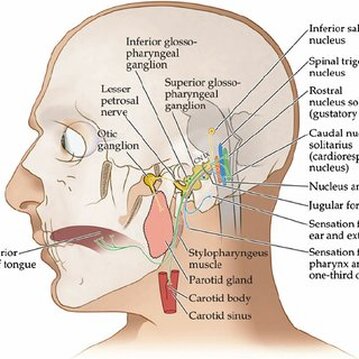 Glossopharyngeal Neuralgia is very similar in symptoms to TN, only this pain affects a different cranial nerve - the one that serves the base of the tongue, throat, ear and base of the jaw. Most cases are thought to be caused by a blood vessel compressing the glossopharyngeal nerve, but in rare cases a tumor, multiple sclerosis or a calcified ligament could be compressing or damaging the nerve. Attacks tend to occur in clusters followed by remissions. Talking, yawning and swallowing trigger the stab.

Occipital Neuralgia is where there is pain at the back of the skull and up towards the ear and top of the head on one side only. It can be caused by trauma, by arthritis-related compression of the occipital nerve or by a tumor on, or pressing on, the nerve. The pain is often more prolonged and throbbing than brief and stabbing. Aching may persist between sharper attacks, but pain is usually not as severe as in other neuralgias.

Post-Herpetic Neuralgia is a neuropathic pain which may follow an attack of shingles. The pain tends to strike the eye/forehead region more so than the cheek or lower jaw regions. It is usually of a burning, aching or throbbing nature and may be accompanied by extreme tenderness.

Trigeminal Neuritis is an inflammation of the trigeminal nerve that is often described as a dull burning pain, and sometimes as a crawling feeling. Either way, the feeling is usually constant, not fleeting. Diabetics are prone to get trigeminal neuritis.

Geniculate Neuralgia is when there are bouts of severe pain deep within the ear. Pain can be prolonged rather than brief and stabbing.

Atypical Odontalgia is a dull, aching, throbbing or burning pain that is constant or nearly constant.  Stimulating a tooth or teeth worsens the pain so it is often confused with a toothache. Teeth appear normal, however. The cause is unknown, most commonly affects women in their mid-40's and is often associated with depression.

Myofascial Pain or Temporomandibular Pain is described as a dull, aching constant pain in the jaw that is worst when chewing. It is an affliction of the jaw muscle rather than the nerves, often associated with frequent grinding or clenching of the teeth and jaws. A key sign of myofascial pain is that the patient has tender jaw muscles and cannot open his or her mouth wide. Hard “knots” may develop on the jaw muscle. Other symptoms often include tearing of the eyes, a stuffy nose and trigger points that activate pain when pressed, rather than lightly touched. 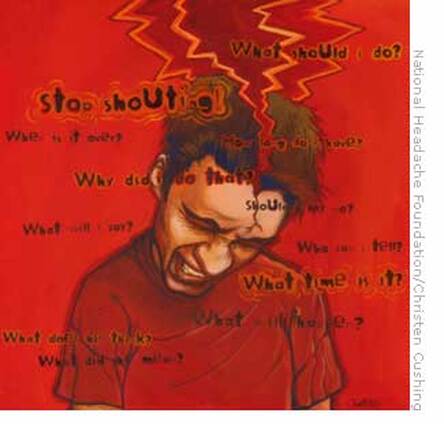 Cluster tic syndrome is a blend of three types of pain - sharp stabs like TN, throbbing pain and related symptoms of cluster headaches, and a one-sided headache that follows the sharp stabs.  Some say it is a dual case of TN and cluster headache, while others say it is a distinct condition probably caused by damage somewhere along the trigeminal nerve’s path.

Cluster Headache is described as a burning, boring, piercing or tearing pain on one side of the head, often triggered by drinking alcohol.  It is believed to be caused by dilation of the arteries inside the skull. It most often affects men aged 18 to 40. Like TN, cluster headache attacks may occur during sleep. Pain is often worse when lying down. Light touch does not tend to trigger pain. Cluster headache typically occurs in a series of throbbing attacks that last 15 minutes to 3 hours at a time. Attacks may occur several times a day or every few days, then there is a remission. Attacks also tend to 'cluster' in certain time periods, especially in Spring and Autumn. Symptoms may also include tearing of the eyes, a stuffy or runny nose, flushing on the painful side of the face and occasionally, sweating of the forehead.

Chronic Paroxysmal Hemicrania is like cluster headaches, but the attacks are shorter-lasting and more frequent.  It occurs mostly in females.  The attacks last for 5 to 20 minutes and occur during periods of between 15 to 24 hours.

Facial Migraine is a pulsating, icepick-like pain that also occurs in throbbing attacks for hours or even days at a time. It typically affects nostrils, cheeks, gums and teeth and the pain may be accompanied by an upset stomach. During facial migraine attacks, patients are also often highly sensitive to noise and light.

Temporomandibular Joint Disorder (TMJ or TMD) is Muscle pain in the jaw believed to be caused by injury to the joint, arthritis, grinding of the teeth, muscle tension, stress or possibly teeth that do not meet properly. Pain occurs mainly when the jaw moves or is touched. Chewing is a particularly aggravating factor. TMD affects twice as many women as men.

Sinusitis is an inflammatory disease of the sinus that can refer pain to the upper teeth. Dull, constant tooth pain may accompany fever, nasal discharge and tiredness. Teeth and sinus area are usually tender to the touch. X-rays can be used to detect the inflammation.

Information is obtained from the Facial Pain Association, Wikipedia & Brain and Spine Foundation.

Download File
Here are a few links:
All information contained on TNnME web site is for informational purposes only and at no time should any content on TNNME be considered medical or legal advice or imply any action should be taken. It is in no way intended to be used as a replacement for professional medical treatment. TNnME makes no claims as to the scientific/clinical validity of the information on this site OR to that of the information linked to and from this site.  All information taken from the internet should be discussed with a medical professional! ​